This blog post was written by Jenny Gales, a postdoctoral researcher at NOC.

An important event towards the end of the cruise was testing a new ROV-based vibrocorer, a coring system that works by vibrating aluminium core barrels into the seafloor. The benefits of a vibrocoring system over traditional coring methods, such as piston and gravity coring, is the ability to core into sandy substrate: pure sand is notoriously difficult to core as the sand grains interlock under the weight of the core barrel. By vibrating the barrel this problem can be avoided. As the vibrocorer is mounted on the ROV, it also allows coring sites to be precisely targeted on the two ROV cameras and on the forward facing sonar. We tested this new system in shallow water (~200m water depth) and successfully recovered five sandy cores, making the shallow water trials a success. In the long run, we aim to use the system at full ocean depth, i.e. up to 6000m deep, where nobody has vibrocored before!

On one of the dives, we targeted a small area of sandwaves at the head of the canyon. During the dive we could locate ourselves using the forward facing sonar and vibrocore in precisely the correct location. This was a huge advantage over traditional coring methods, where it is often difficult to target specific areas of the seafloor due to currents causing drift on the coring rig as it is lowered to the seafloor. A second dive took us right into the middle of a sandy chute at the edge of the canyon. We could see steep walls surrounding the ROV on the forward facing sonar so knew that we were in the middle of the chute- exactly where we wanted to be. We look forward to using this system again in the future! 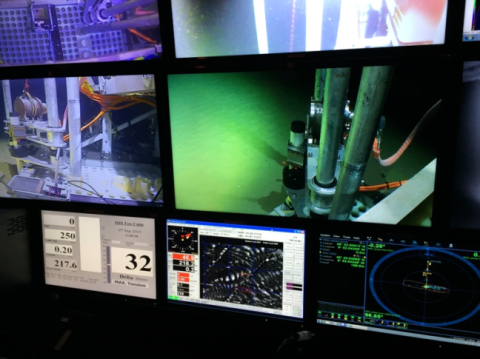 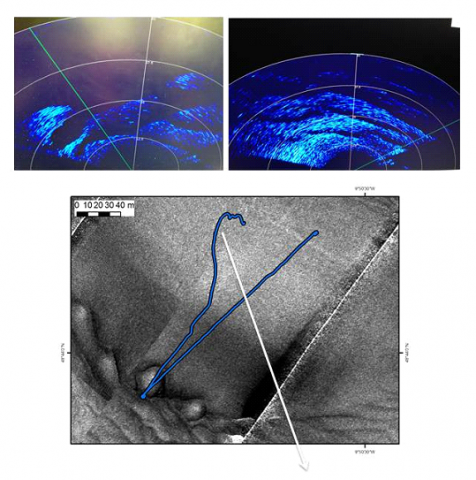