This blog post was written by Russel Wynn, a Senior Research Scientist at NOC

In addition to studying the deep-sea fauna of Whittard Canyon with our robotic vehicles, we have been recording marine life at the sea surface with more traditional equipment – binoculars! One of the scientific team, Russell Wynn, has been undertaking daily marine mammal and seabird observations, to better understand the range of species using the Whittard Canyon area and their habitat preferences.

The most spectacular sighting so far has been a Blue Whale, the largest animal on the planet, and probably first ever to be photographed in English waters! The huge mammal, twice as long as a double-decker bus, was seen on 24 Aug over a deep part of the canyon within the English portion of the UK EEZ. I had been watching up to seven Fin Whales around the ship when the Blue Whale suddenly surfaced about a kilometre away. It lingered just long enough to allow conclusive photos to be secured (and several people to see it from the bridge), before it disappeared in a band of rain and fog.

This sighting follows the first photographic record of Blue Whale off SW Ireland in Sept 2008. The species was hunted to near-extinction in the NE Atlantic region in the early 20th century, but these recent sightings, and others from observers on ferries crossing the Bay of Biscay further south, may indicate that the population is slowly starting to recover and move into new areas. In these two photos the Blue Whale is surfacing and moving left; the dissipating blow is visible to the right in the upper image, with the mouth and splashguard (which protects the blowhole) on the left. In the lower photo the Blue Whale is preparing to dive; the mottled bluish-grey back and tiny dorsal fin are clearly visible.

In addition to the Blue Whale, over 20 Fin Whales (the second largest animal on Earth) have also been seen using the deep waters of the canyon, in aggregations of up to six animals. Other marine mammals recorded so far include Pilot Whales, hundreds of Common Dolphins and two groups of offshore Bottlenose Dolphins.

On the same day that the Blue Whale was seen, the survey team also recorded a Broad-billed Swordfish several hundred metres below the surface using ROV Isis. Swordfish are very rarely encountered in UK waters, and the footage obtained may also be the first of this species in the wild in English waters. Equally spectacular, up to 12 Blue Sharks have regularly been seen around the ship, and have also been captured on ROV video.

Seabirds have included rare Wilson’s Storm Petrels and lots of true oceanic wanderers such as the Great Shearwater, Grey Phalarope and Long-tailed Skua. Redstart (upper image) and Reed Warbler (lower image); these birds were seen resting on the ship before continuing their migration to Africa.

Finally, we have also seen a few land bird migrants taking refuge on the ship, including species such as Wheatear, Redstart and Reed Warbler that migrate south to winter in sub-Saharan Africa.

With just under two weeks to go until the end of the cruise there will certainly be more interesting marine life sightings to come, so keep an eye on our Twitter feed for further news! 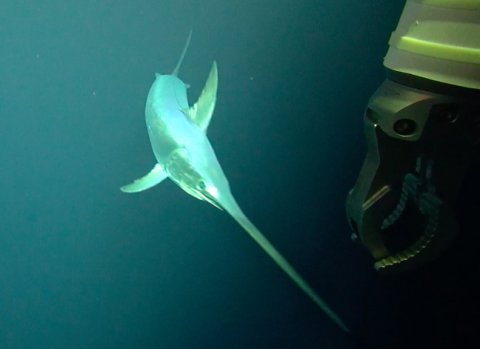 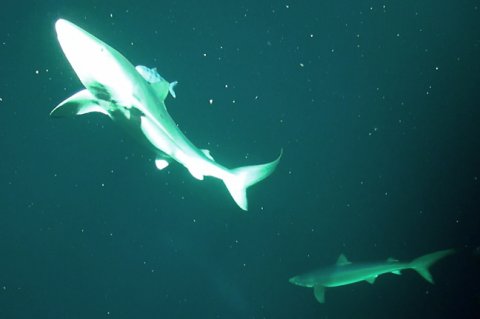 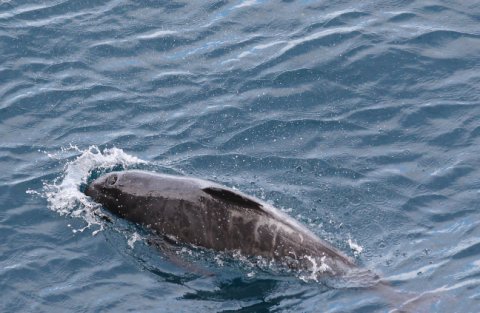