This blog post was written by Raissa Hogan, a PhD student at NUIG

After months of preparation we are finally sailing!!! On Saturday the rest of the scientific team arrived in Southampton and the last bits of procedure and practicalities were discussed and organised. The technical team was very busy calibrating some of the oceanographic equipment and the ROV crew were preparing the ROV Isis for its deep dives.

It has been a great atmosphere since we all arrived onboard, there are 52 people spread between 14 scientists from 7 different institutions, technicians, ROV pilots and crew members. After everyone introduced themselves, we talked about the study area and what sparked everyones interest to be part of the cruise. This is an interdisciplinary and multi-themed deep-sea research cruise, including projects that study some of the geological, biological and oceanographic aspects of these very important areas.

The ship departed from Empress Dock, Southampton, at 6.50am, with nice weather and very good sea conditions, which gave us some time to get our “sea legs” in place. This was followed by a safety drill at the muster station and the scientific team met to discuss the survey plan and watch shifts. We also had a nice ROV operation briefing, where we could have a better understanding of the ROV Isis system.

Our proposed route is shown below, and our first station will be the Haig Fras bedrock reef. This feature is a 45 km long submarine granitic rock and is protected as a Special Area of Conservation (SAC) because of its high biodiversity. It is definitely an incredible area to start our survey.

We are really looking forward to arrive there! 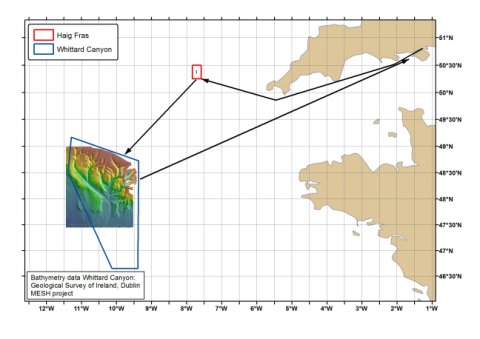 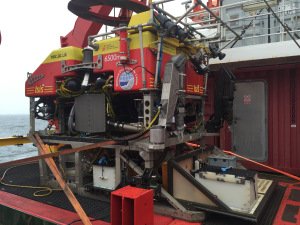 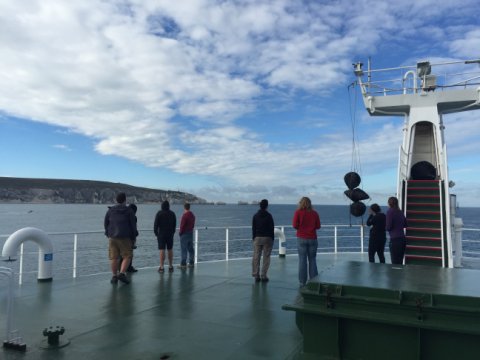